The largest consumer electronics trade show in the world (CES) returned to Las Vegas January 4-7, 2022 in a hybrid format allowing for both on-site and streaming announcements designed to tout the latest technology innovations.

With hyper-COVID protocols in place (mandatory vaccines, self-testing kits, facemasks, expanded booth spacing, medical facilities, etc.) more than 50,000 attended in-person. Over three days I racked up 71,200 Fitbit steps in an attempt to cover the more than 1.8 million square feet of show floor, 2,200 exhibitors, and the multitude of onsite presentations and virtual announcements. While scores of tech innovations and “busts” will make it into our annual gadget session, the top highlights of the past week impacting accountants are listed below. 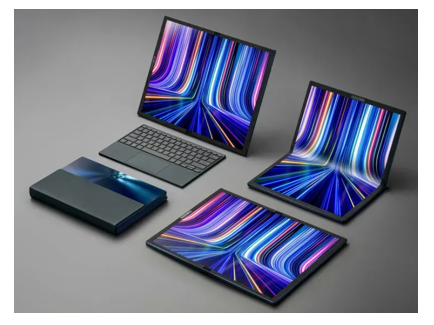 ASUS ZenBook Fold OLED: Featuring an amazingly vibrant OLED (super clear!) screen, the ASUS Fold does triple duty as a 17” tablet (also useable in “book” mode), 17” laptop screen with a super-thin Bluetooth keyboard, or as a mini-laptop with the lower half displaying a touch keyboard on the display. The two panels of the screen can either be one continuous or two independent displays and can integrate with Apple or Android smart phones to duplicate the phones displays and interoperability, which was a trend than many developers added this year.

DELL XPS 13 Plus: For as long as I can remember, Dell XPS has been our favorite CES laptop, always pushing the innovation envelope.  This year, Dell was amongst the first to integrate Intel’s 12th generation processor into their PC and increased individual key size to eliminate the traditional gaps between keys on the keyboard.  Dell also made the touchpad invisible by integrating it the wrist pad which looks very sleek but might make it harder to effectively use the touchpad features if you are not sure where it starts/stops (so an external mouse may be better).  Dell also eliminated the earphone jack, replacing it with two USB slots, so users will either have to go Bluetooth/wireless or use an adapter if they want to use earphones.  Those changes and the increased weight of this design nudged Dell out of our favorite top PC spot this year. 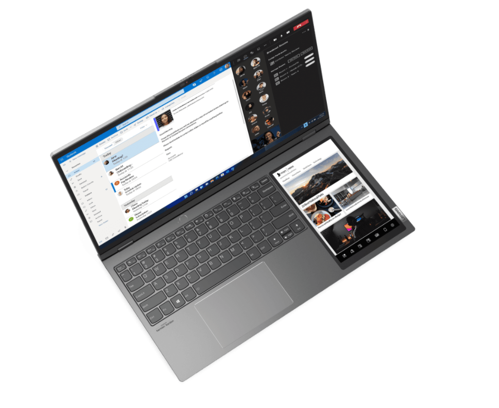 Lenovo ThinkBook Plus Gen 3: The latest CPAFMA survey points to a good percentage of firms transitioning to 17” laptops and the newest ThinkBook uses the traditionally empty space on both sides of the keyboard to integrate an 8” LCD tablet which can be used as a notepad, ten-key, chat, mirror the user’s smartphone, or launch frequently used applications (Magic Launcher).  This was one of the most interesting design innovations released for CES this year. 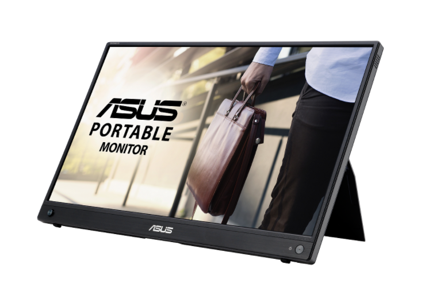 ASUS ZenScreen Mobile Display: The ASUS MB169B+ has been the perennial favorite mobile display amongst our CPA firm clients the past few years and ASUS continues its dominance with new capabilities built in their ZenScreen line, including a 15” OLED version and a 15.6” “Go” version with built-in high-capacity battery and wireless connectivity to your smartphone, so finding an electric socket would be optional! 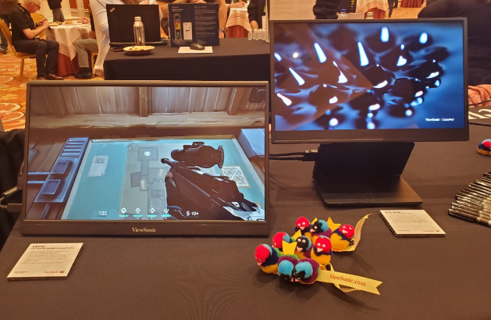 ViewSonic Mobile Displays: ViewSonic’s 17” Mobile gaming monitor (picture-left) was getting positive attention at this year’s CES Showstoppers Event, but the one that caught this accountant’s eye was the prototype 15.6” OLED monitor with a built-in stand sitting on the right in the picture below (tagged as the VP16-OLED) allowing it to be viewed more at eye-level. These screens comes with two USB Type-C slots, mini HDMI, and a 3.5mm headphone jack (possibly making up for the shortfall of the Dell XPS 13 Plus!).

NexPad: Another display that caught our eye at PEPCOM’s Digital Experience was the NexPad which could turn your smartphone into a tablet, but could also act as an extended screen for your laptop with an integrated stand to position it on top of your laptop display (much more suitable for video calling use!). 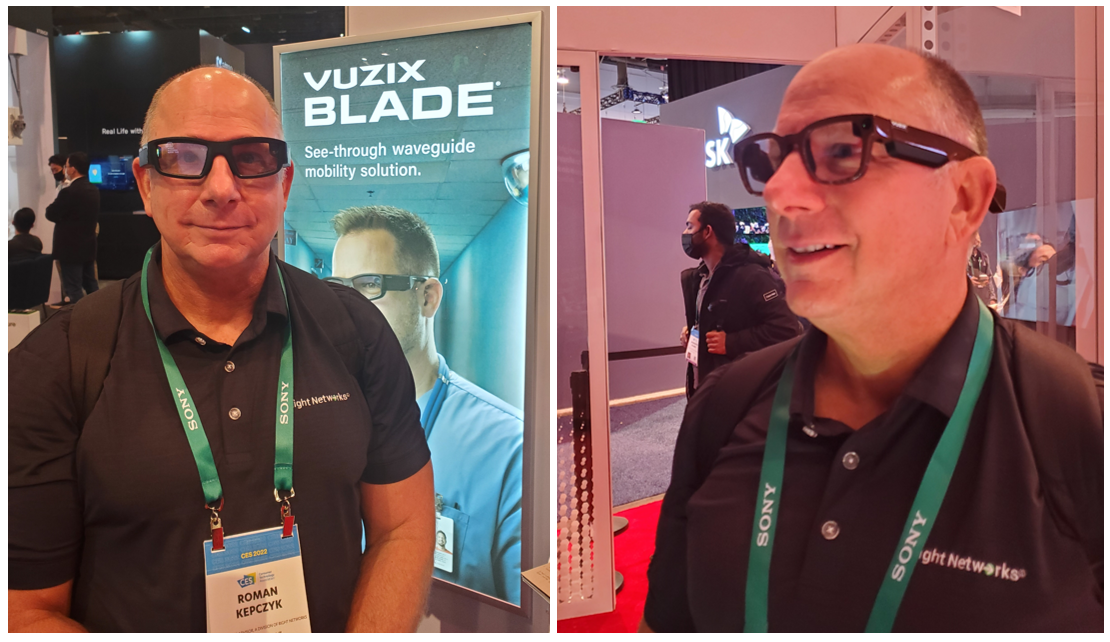 VUZIX Smart Glasses: Has the time finally come for smart glasses/augmented reality to assist with audit inventory observation? Only time will tell, but Vuzix will be a contender with their Blade and Shield designs, with the latter model being integrated with Verizon’s 5G cellular capabilities for live broadcast via the digital cellular network 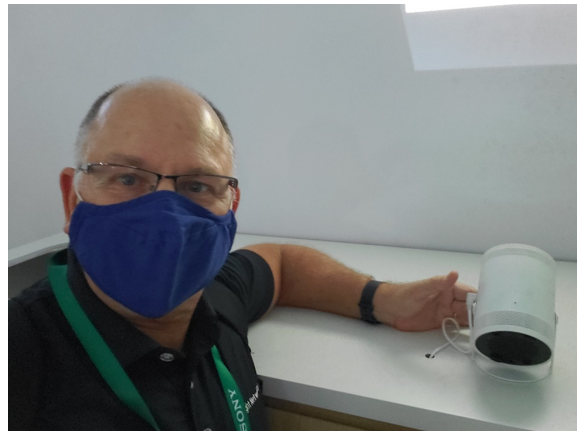 Samsung Freestyle: OK, this one may be a stretch for accounting technology but this mini projector with built in speakers and lighting was one of the coolest innovations we found at this year’s CES show. Just plug it in, stream content to it and point it at a wall where it will automatically adjust for an keystone/angle to project a clearly viewable image.  I’m guessing the marketing department would have fun using one of these at firm recruiting or mixer events and maybe even to show off the firm’s technical astuteness when presenting a proposal to clients.

Well that’s a recap of our favorite accounting innovations from this year’s CES!

Aprio to Combine with Ladd Robbins

PwC Will Have to Pay £1.75 Million Fine Over Flawed BT Audit

Is Artificial Intelligence Becoming a Tool for Financial Advisors?

Nearly Half of U.S. Companies Plan to Add Staff in the Second Half of 2022