[Note: The original version of this article stated the filing deadline had also been changed, but that is incorrect. We apologize for the error.]

Taxpayers and businesses will have until July 15, 2020 to pay their taxes this year, but the filing deadline is still April 15. The change was announced on Tuesday afternoon by Treasury Secretary Steven Mnuchin, following President Donald Trump’s declaration of a national state of emergency in the United States as a result of efforts to combat the Covid-19 Coronavirus pandemic and minimize economic disruption. Last week, the president announced he would ask the Treasury Department and IRS to extend the deadline.

Taxpayers and small businesses that traditionally face an April 15 tax deadline will be allowed more time to pay their taxes due but are still recommended to file by April 15. All individual U.S. taxpayers qualify for this extension and do not have to file any special paperwork or extension requests, as the deadline will be automatically extended.

The president also recently released disaster aid, urged each state to set up emergency operations centers and hospitals to ramp up emergency response plans. Also announced is the waiving of interest on federally held student loans during the state of emergency.

Taxpayers owing taxes can defer payment of up to $1 million in taxes until July 15, and corporate filers can defer tax payments of up to $10 million. We’re waiting to hear if there will be an extension for quarterly estimated payments normally due on April 15.

It is expected that most state legislatures are likely to follow suit, since most taxpayers file their federal and state income tax returns at the same time, but be sure to check with your state before making assumptions about payment deferrals. Seven states do not have an income tax: Alaska, Florida, Nevada, South Dakota, Texas, Washington, and Wyoming. Additionally, Tennessee and New Hampshire do not tax wages earned. California had already extended the state deadline to June 15. The AICPA has a list of changing state tax deadlines (PDF) 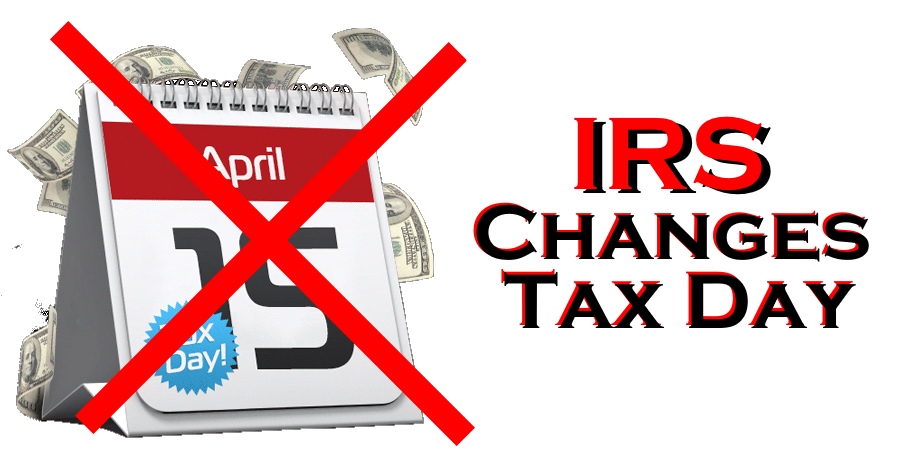 Such a change in the deadline for individuals to pay their annual federal income tax returns is unprecedented at the national level, although the IRS often grants such extensions to more limited geographical areas following disasters. Earlier this month, for example, taxpayers affected by the recent Tennessee tornadoes were granted relief until July 15 of this year.

“The extended tax payment deadline and penalty relief is likely to be welcomed by taxpayers,” said Gail Perry, CPA, a tax professional and the editor-in-chief of CPA Practice Advisor. “This is especially true for those who are dealing with family issues relating to the pandemic. The extension is also beneficial to the IRS as that agency might be facing reduced staffing accompanied by taxpayers unable or unwilling to venture into a government office for assistance. As for tax preparers, we will look forward to a busier than usual summer and fall in 2020.”

The change will have no effect on the millions of Americans who have already filed their taxes this year.

This article will be updated as more information becomes available.